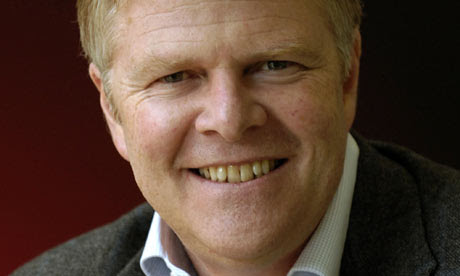 Neil Berkett, the boss of Virgin Media has been on his soap box again, complaining about the colouring-in department over at BT.  His beef is with the way BT advertise their broadband service as "up-to" 20Mbps when there are only a small percentage of people that actually achieve that speed.  In trying to defend his own broadband offering, Mr Berkett points out that Virgin Media's 10Mb service runs at "9 and a bit [Mbps]" on average; last year it averaged 8.7Mb; and its 20Mb and 50Mb service run at about 90% of advertised speed. Whoa! Hang on a second there Mr B.  So what you're saying is that your company's broadband product doesn't run at the advertised speed either!?  And so one presumes that you also advertise your broadband product as an "up-to" product? Hang on, no your don't.  Rearrange these words and build a common phrase Mr Berkett.  Black, Kettle, Pot.
Now I'm not one to normally be defending BT, but what I see is a multi-billion pound investment being made by BT into faster broadband, while Virgin sits on it's arse milking the existing customers in the special cabled zones.  Sure, every now and then we hear news that Virgin are expanding their cable network into new areas, well it's only taken them 11 years and they still don't pass my door.
Personally, I'm fed up of all the talk of broadband speeds and feeds, it's not the way to sell any product.  If the public are still too stupid to understand that the glossy headline figures are largely unobtainable, then heaven help us when more ISPs introduce usage based pricing (like the mobile networks), because it's the only fair way of charging people for what they use.  Then we'll all be really confused!
Posted by Chris at 09:43

Email ThisBlogThis!Share to TwitterShare to FacebookShare to Pinterest
Labels: Broadband